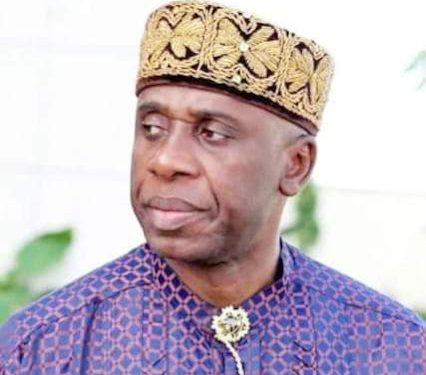 Rt. Hon. Rotimi Amaechi, the Minister of Transportation, who is desirous of succeeding President Muhammadu Buhari in 2023 on the platform of the All Progressives Congress (APC), has declared that the main opposition Peoples Democratic Party (PDP) does not have good presidential aspirants.

He also stated that the credibility of the eventual presidential candidate of APC is essential, during the 2023 race; if not, the governing party would lose the crucial election.

“If the presidential aspirants give you money, collect it, but vote your conscience, in order to move Nigeria forward. How much did they have before? Where did they get the money they are now spending? I can account for my period in office. Vote according to the capacity of the presidential aspirants. I am assuring you that if you vote for me, you will not regret it.

“Credibility of the eventual presidential candidate of APC for the 2023 race is very essential, if not, the governing party will lose the election. Out of all of us (presidential aspirants) from the South-South geopolitical zone, who can they (delegates and electorate) trust? If you pick the wrong candidate for 2023 poll, APC will lose. I have evidence of my contributions to APC and Nigeria. PDP does not have good presidential aspirants.”

The minister declared that he has the experience to turn the country around for better, especially as a two-time Speaker of Rivers House of Assembly; Chairman of Speakers’ Forum in Nigeria; two-term governor  of Rivers State; Chairman of Nigeria Governors’ Forum (NGF); and the Director-General of Buhari/Osinbajo Presidential Campaign Council in 2015 and 2019.