Talking about Crusoe Osagie, a lunatic in Obaseki’s asylum 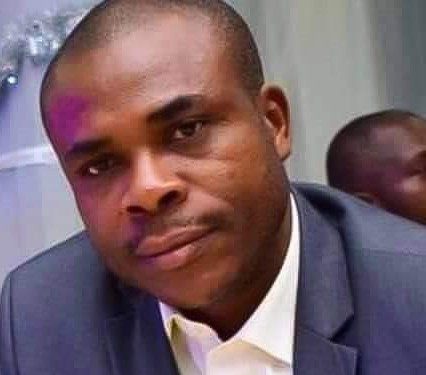 Firstly, it was a minor irritation to read the kindergarten response from an inmate in Governor Obaseki’s lunatic asylum, hankering over my well intentioned article to draw the attention of the ‘Wake and Sleep’ Governor to the decrepit and ruinous state of education in my dear state – Edo.

Instead of addressing the notorious issues of woeful failure and the debasing state of education sector across the state, Osagie descended into intolerable hollowness, unremitting propulsive foolishness, propelled by his mental collapse that’s replete with the futuristic MOUs plagued government of his boss. Osagie adroitly adopted the nostalgic politics of cudgel for beating back a sad and recalcitrant reality and a psychological weapon for coping with terrible government of fraud presided over by Mr. Godwin Obaseki.

I chanced upon this distorted human wreckage called Crusoe once in Dennis Osadebey Avenue, Edo Government House seat of power on invitation by the Secretary to Edo State Government(SSG), Mr. Osarodion Ogie Esq and the ebullient former Chief-of-Staff (COS), Comrade Taiwo Akerele, to solicit for my support in the dawn of Governor Obaseki’s second term bid, having worked with both of them in the previous administration. I vehemently turned down their requests to be conscripted into Obaseki’s campaign team, knowing that Obaseki was the biggest scam in Edo political firmament.

That was the first and last time I ever stepped my foot into that desecrated seat of nuisance. That day I left them more convinced that even if Obaseki’s tug back to power Edo people would be poorer for it, gnashed their teeth, poked their eyes to differentiate between blood and water. Today, those who lazily shouted ‘Ogbane’ are now shouting ‘Ogbakhuan’!

My response to one of Governor Obaseki’s avid supporters who has now become a wailer goes thus: “A drive around Benin City Centre at night revealed flapping PDP banners hanging on street light poles across Benin City without light. Edo State Ogbane generation at home and in the diaspora are virtually blind to the total darkness that enveloped Benin City at night. Obaseki’s emergence is a blink and blight testament that Edo people are one and the same: Obaseki in all of us! We’re as poor, illiterate, backward-looking, narrow-minded blusters as Obaseki. Those who supported Obaseki’s governorship bid could be likened to a group of people who took poison chalice at the same time expecting their enemies to die. No nation can be greater than the sum total of the composition of its own leadership.”

To be exact, I have never met Mr. Osaigbovo Iyoha that Osagie talked about in the said rejoinder, let alone visiting his office. Ditto visiting Osagie’s office. It would gladden the minds of Edo people and the global community to watch the repository video footages to validate the claims of soliciting patronage charge. It’s practically impossible to find any right thinking individual who would condescend so low to the point of seeking patronage from Obaseki’s corrosive and morally bankrupt administration.

For the record, I had no intention working with Mr. Godwin Obaseki. From the very beginning, having observed him at close quarters between 2008 and 2012, I knew he was a typically flawed character with Post Poverty Traumatic Symptoms (PPTS). Godwin had genuflected severally before Alhaji Aliko Dangote to prevail on Comrade Adams Oshiomhole’s to allow him become Governor, a bait Oshiomhole fell for to his detriment and the destruction of Edo State in all facets. All my early warning signs that I foresee an arrogant, narcissistic, power-drunk prig who should been kicked out of the orbit of power for a number of reasons were not heeded.

My epic article on Mr. Obaseki titled, “Edo 2016: Clowns In Search Of Crown” depicted Governor Obaseki as the ultimate bluster, manipulator, blackmailer, who scammed former Governor Adams Oshiomhole with gimmicks that he would protect the latter’s interests after leaving office.

Painting a picture of Elysium and stringing inaccurate and nonexistent figures in the elusive statistical data of schools built and equipped by Governor Obaseki in his piece titled, “Ikhide’s futile attempt to rewrite Obaseki’s accomplishments in education” the poorly educated media minder of the Governor perforated all the arguments he made concerning the existence and functionality of those schools. Halfheartedly, Osagie kept saying the schools that Obaseki shutdown three years ago, namely, Institute of Continued Education (ICE), Pa Imoudu’s College of Physical Education (Afuze), Colleges of Agriculture Iguoriakhi, the ones in Uromi, Ugueben and Abudu are being built and teachers are at the verge of being recruited. What point does it make to shutdown schools for over three years in the name of renovation?

Even the forceful COVID-19 pandemic Governor and permanently bitter and sanctimonious occupant of Edo State Government House knows that Osagie was deceiving himself with the motley of court jesters and political dabblers in his cabinet. Even now that Edo State has been placed on the slaughter slab by Fulani terrorists who kidnapped citizens on an hourly basis with over fifteen terrorists camps in Edo bushes, the Governor has been deaf to calls to enact the anti open grazing law in the state. Instead, he’s regularly seen in Abuja office of the Attorney-General of the Federation cavorting with the enemy of the people, a typically known traits of his betrayal instinct against the people’s wish.

I sometimes wonder why that aberrant, foul-mouthed and duplicitous lying machine who have disassociated himself from the realities in Edo State answers the name ‘Pastor’ Osagie. The dubious, fake, pay-to-play media manager and a charlatan is potent enough to misdirect even a well organised principal. That is how being an errand boy around the corridor of power damages the brain. Osagie is a classic example. It’s in the interest of the society to tease out how to reverse and calibrate Osagie’ brain to normalcy.

According to the July/August 2017 issue of the Atlantic magazine, people who are victims of traumatic brain injury are “more impulsive, less risk-aware, and, crucially, less adept at seeing things from other people’s point of view.” In other words, like victims of traumatic brain injury, power causes people to lose their capacity for empathy. This is a surprising scientific corroboration of American historian Henry Adams’ popular wisecrack about how power is “a sort of tumor that ends by killing the victim’s sympathies.”

Exclusive: Captain Hosa was everything to me, says his widow

Exclusive: Captain Hosa was everything to me, says his widow