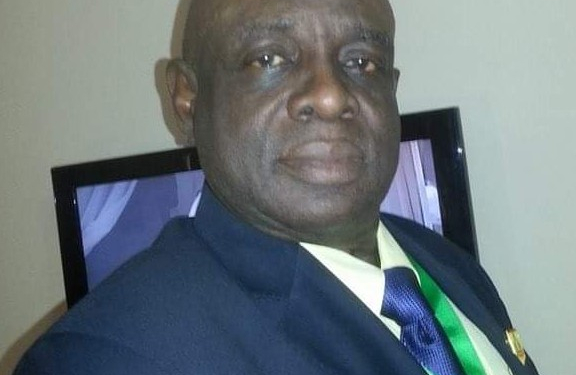 Brigadier General Don Idada Ikponmwen(rtd), former Provost Marshall of the Nigerian Army, in this exclusive interview with Popular News bare his mind on some trending issues in the country.

The economy has remained completely down. It is only by means of loans that government is able to pay salaries. No thanks to the downward trend in oil price. In a situation where a management is failing, where government is obviously inefficient and incapable of handling issues that relate to the economy what do you expect but recession? This recession is a natural outflow of the attitude of governance and to even a large extent the followers who accept anything. Anything is good for this country no matter how bad. It is a pity that we have gotten to this stage and I don’t know how we are going to get out of it. It is only God we are looking on to.

Everything about economic revival and improvement in this country has hit the wall. No progress, this is not what Nigerians expected from a democratic environment. Military government are supposed to be aberration. They come in, solve problem and go back. Even in the time of military regime. The solution must remain with our people. Change in leadership; change in structure of government; change in attitude. If we do not do that we are going no where. I have been speaking for the past not less than 15 years about the need for this country to be reordered, restructured and reprogrammed so that we could move forward. Nobody listens. Now, you have senators, members of the House of Representatives, even people from the President’s constituency saying nothing is working. And really nothing is working.

Even the loss of one life is bad news for any country not to talk about argument between 43 and 110. The truth remains that life has become nothing in Nigeria. Human beings are been killed as if they were goats. Even goats are not killed like that. If anybody tells me in Benin City he sleeps with his two eyes closed I will not believe him because even me, a retired General, I hardly can sleep in my house with what is going on. You hear gunshots here and there. You don’t know who is shooting. Only God can save us. Katsina the home town of the President(Muhammadu Buhari) has become untenable. So is Zamfara and other states in the core north. Government’s primary responsibility is to guarantee the welfare and security of the people. We don’t have that.

As all philosophers and legal experts of many centuries said: ‘Government exist to protect people and guarantee their well-being.’ That’s what the social doctrine is all about. The natural consequence of that is if a government cannot guarantee the life and security of the people then it cannot be called government and cannot retain the right to continue to rule. There are too many statements of facts about failure of security in this country. Everybody sees it. What we get is response of government to turn the whole wheel around and start pursuing people who are saying ‘we want good governance. We want protection of lives and properties.’

That was what endsars was all about. Endsars was about ‘stop brutality against the people. Give us good governance.’ And most institution’s were praising the endsars protesters. Only for some of us to appeal to them to quit the road. And after they left the road government is now picking them up one by one and is prosecuting those who are perceived to be their sponsors. Is that how we are going to go on in this country? Is that why Nigeria was created by the British people and given a pattern of government called federalism? Are we running federalism in Nigeria? Enough is enough. We are running a country without regards to the constitution and we are supposed to have a constitutional government. A country where the military is used as the routine police.

So, who is now the enemy? Everyone is now enemy. The rule is clear, military is for external aggression, police for routine law and order. But since we return to civil democracy nobody knows of security outside the context of military been involved. The story is sad that government cannot guarantee the security of Nigerians.