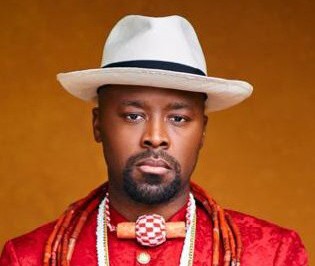 A Warri based legal practitioner, Pa Magnus Atie, who was an interpreter at the Justice Omosun Commission of Inquiry that brought Olu Erejuwa II back to the throne, has stated that there was actually a curse imposed by the Olu of Warri, His Royal Majesty, Ogiame Erejuwa II and the Oba of Benin, His Royal Majesty, Oba Akenzua II on Warri Kingdom and the Nigeria Government during their reign.

He made this disclosure in reaction to an exclusive interview granted to a news magazine by the Esongba of Benin Kingdom, Chief David Edebiri debunking Atuwatse III claims and pronouncement on his coronation speech.

Pa Atie stated that as a young clerical officer in the Ministry of Justice in Benin, he was the interpreter at the commission set up to the Itsekiri witnesses like the late Ekpede Emiko and Mr Moju Igbene and others at the commission of inquiry who came to give evidence on the deposition to Ogbesse of the Warri Monarch, while saying that “Chief David Edebiri would be far too young then.”

According to him, “At the time, Lt. Colonel David Ejoor was the Military Governor of the Mid-Western region and as a result of the petition to him by the monarch, Olu Erejuwa II , Lt. Col. Ejoor set up a commission of inquiry of which he was the interpreter to look into the petition. And it was known as the Justice Omosun’s Commission of Inquiry to look into the case and make recommendation.

According to Pa Atie, It was based on the recommendation, the Military Governor reinstated the monarch back to his throne contrary to the insinuation from some quarters too that, Ejoor did the Itsekiri a favour by reinstating the Mornach, Olu Erejuwa II.

In his words, “Confronted with the ordeal of dethronement and exile, Erejuwa II cried to his royal brother, Akenzua II and both discussed in their closet and took a decision and invoked a curse on Warri and Nigeria.”

He wondered why Chief Edebiri would expect that the duo royal brothers would divulge to him the content or outcome of the meeting, saying, “he might blow it out of proportion and context,” even as he positioned that Edebiri was made Chief only after the demise of the revered Oba Akenzua II.

It could be recalled that while reacting to the Olu of Warri’s speech, Chief Edebiri told a news magazine exclusively that there was nothing like that because he was not aware of it.

He said, “No, Akenzua cannot do that; not my Oba. I was almost like a political aide to Oba Akenzua II, so there is nothing like that. I didn’t hear about it and I don’t know about it. Even when Oba Erejuwa II came to Benin sometime in the 1940’s when the Benins were at loggerheads with their Oba to come and plead with Benin people, I was a small boy but I was in the palace. I didn’t hear about any curse.”

“If Erejuwa II cursed Nigeria he knew what Nigeria did to him and was banished to Ogbesse in Benin, adding that “it was not Nigeria that did it, it was their political issue. Oba Akenzua II has nothing to do with cursing Nigeria,” he maintained.

The deposition was a political display of power between the Action Group(AG) and National Council of Nigeria and the Cameroons/Northern Peoples Congress(NCNC/NPC) – led regional government in 1964 before Erejuwa II was reinstated by the new military government of David Ejoor after some prominent Itsekiri leaders of the NCNC were sacked at the federal level.

Pa. Atie said ,“the secretary of the judicial commission of inquiry was one Mr. Gbegbaje and the report of the commission can be gotten from the Benin Archive.”

He said someone like Chief Osula the Arala of Benin who was a chief under Oba Akenzua II should be able to speak on the matter and not Edebiri.

Just In: Benin Palace dissociates self from fraudulent fund raising