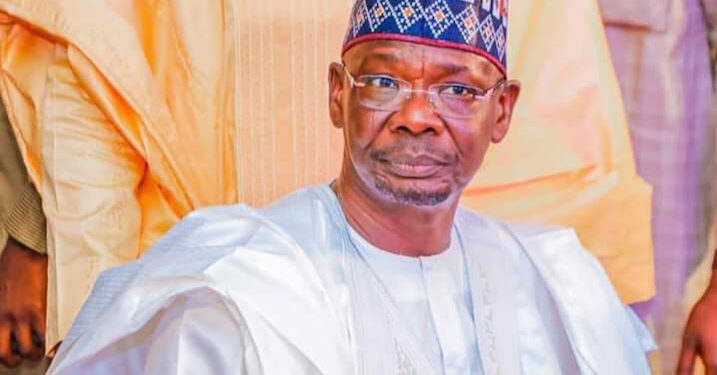 The Nasarawa State Government and a group, Middle Belt Brain Trust, have commenced training on Community Grievance Management for traditional rulers from across the 13 Local Government Areas of the state.

The initiative had become imperative to tackle issues of conflicts and insecurity in the state.

Speaking at the beginning of the 2-day workshop in Lafia on Monday, the MBBT Chairman, General Martin Luther-Agwai (rtd.), said security challenges in the middle belt region were enormous but with sustained determination and hard work, peace and security would be achieved.

General Luther-Agwai narrated that the group in collaboration with the Nasarawa government and the Institute For Integrated Transitions, decided to organise the training to improve grievance management capacities at the community level which would translate into timely resolution of disputes and help prevent civil disputes from becoming identity conflicts.

He said, “Traditional rulers are often the first port of call when reporting grievances and disputes, be it criminal or civil. This is due to the high levels of trust that exist between the people and their traditional institutions and the difficulty and expensive costs of resolving civil disputes in the courts and policing structures.

“The failure of existing institutions to manage grievances has itself become a major conflict driver, as most community-level conflicts that start out as civil disputes, and that are not solved, escalate to violence and identity conflicts.

Luther-Agwai while expressing gratitude to the Nasarawa government for partnering with the group on the training, assured that the outcome of the programming will support the state’s industrialisation drive by preparing and integrating the rural population in its economic modernisation initiative.

Earlier, while speaking on the training, Governor Abdullahi Sule’s Senior Special Assistant and Focal Person on Human Capital Development, Habiba Balarabe-Suleiman said, “The Nasarawa state government is facilitating the training for the MBBT and the IFIT because we believe that capacity building is something that can never be over-emphasized.

“Our traditional rulers are tasked with the responsibility of ensuring peace and order from the local level, that is why the state government felt it was necessary to bring them together and update their capacity in handling grievances.”

On his part, the Emir of Lafia, Justice Sidi Bage I (rtd.), who was represented by the Emir of Keffi, Chindo Yamusa III, said that in addressing the menace of insecurity in the middle belt region, political leaders and traditional rulers must create formal channels to listen to complains and find solutions to them.

Governor Abdullahi Sule while declaring the 2-day workshop open, commended the MBBT and the IFIT for organizing the programme, saying it would provide technical capacity and support in the areas of leadership, alternative dispute resolution, ethics, arbitration skills and how to design and improve community-based dispute resolution mechanism for effective security coverage.

“Let me call on the participants to leverage this training to add to their experiences on how to resolve disputes. It is my hope and expectation that the outcome of this training will add value in our continued commitment of finding solutions to the menace of insecurity at the grassroots,” the governor added.