My dad was an encyclopaedia of Midwest politics 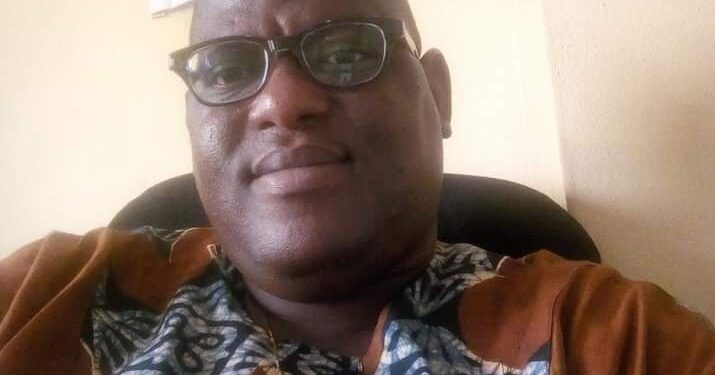 My father, Hon. Sunny Uyigue, was a father to a lot of people. As they say, he came and he conquered in many respects. A man that had 19 children, 47 grandchildren and 3 great grandchildren. And none left before him. He was indeed a great man. If there is anything that I will remember my father for it is his big shoes. If any of my father’s children attempt to fill his big shoes then they would have failed him because if there is anything that he did it was ability to make cobblers out of his children.

Make your own shoes and if you keep at it you will make shoes that are bigger than his. For me, my father left with his shoes. But his ability to have made cobblers out of us has granted us the grace to make our own shoes, to carve our own niche for ourselves, to live outside his shadows. To create your own shadow if you like. He would be sorely missed. We, his children, take solace in the fact that with the assistance of so many well wishers, we were able to give him a befitting exit from planet earth.

Wherever he is today, I am very sure that he is happy and he is resting in the bossom of the lord till the day of resurrection. The day he died, July 26th, 2022, was a Tuesday. I got a call from my kid brother that he took baba and baba is gone. He was crying. I told him to stop crying the man has gone home to rest. He was shocked. I left where I was and drove straight to the hospital. I met his corpse.

There was a striking thing on that day. He was so calm. He was so peaceful. Those stress and strain that were around him before he passed on were no more. You could see that the man was in peace.

There are many things that I will remember about him. I remember when I was in Primary 3 I fell ill. I was hospitalised for about three months and I failed my examination to Primary 4 and the school promoted all of us to Primary 4. When I got home and told my father about it he said “no you cannot be promoted. You failed. You must repeat that class.”

I pleaded with him to let me proceed to Primary 4. I assured him that I will perform so well in the next examination to come out among the best three. After a lot of argument he let me be. Unfortunately, I came fourth in the next examination in a class of about 60 pupils. I started crying knowing that I had not achieved the result that I promised my dad. When I got home my dad insisted that I should go back to Primary 3.

“You promised me that you will be among the best three and now you’re fourth. You must go back to Primary 3.”

This time I promised to be top of the class in the next examination. Again, I didn’t keep up to my promise. I came second. But my dad over looked it this time. That was the kind of father I had. He challenged you. After completion of my first degree in 1997 which he sponsored. I told him I that I would take care of my education from there(i.e. Masters and Ph.D level). He said that I should go ahead to Ph.D level. I paid the bills myself like I promised him I would do. So I kept my words of not allowing him sponsor me beyond my first degree. I did the rest myself as I promised him I would. My joy is that my two Masters degree and my enrolment for Ph.D all happened while he was alive. I kept my vow to continue and I know that he was proud of me for that.

My dad was a man that would go to the very limit to protect his children. At his twilight, he was weak but you could still see that strength in him. If my father gave you his word you can take it to the bank. It is as good as cash. He had a picture frame in his sitting room when we were growing up on which was written, “it is better for a man to die on his feet than to live on his knees.”

Of course, then we didn’t understand the meaning of that. After becoming men we have come to understand that man is the total summation of his thought. The Bible says, “from the abundance of the heart man speaketh.”

If you accept that then it means that man is a total summation of his thought. Infact, your essence is in your words. So you don’t give your words lightly and my father never gave his words lightly. That much I took from him. My dad was a principled man. He doesn’t negotiate his integrity. He doesn’t negotiate his principles. But I tell you if he has cause to change his words he must call you and give you reasons.

They called him a political bulldozer, Professor of Politics. He was an encyclopaedia of Midwest and indeed Edo State politics. He could continuously reel out events, stories. He told me that since he formally joined politics in 1952 he has always been known for one thing when he gives his word he stands by it. He was not afraid to speak truth to power. No matter whose ox is gored he speaks it. He will always say that if he is the only one standing at one side with time those standing in opposition to him will know that he is speaking the truth and they will join him. Times without number we saw it happen. He was indeed an icon. Of course, as humans we all make our mistakes. On a scale of 1 – 10 I will give my father 9. He was indeed a great man.

When they were asking his children to write tributes about him I felt I was not well composed at that time to do it so I delegated my children to do it for me. When I read what one of my daughters wrote it captured what my thought about him was. One of the things my children remember about him is that twice every year all of us in Benin must come to his house in Zabayor Street for barbecue, suya etc. Infact, Crossover night is always done there with all family members in attendance.

We lavish money made from crime on beer, women, suspects confess

Insecurity will soon be a thing of the past, says Accord Party Presidential flagbearer

Insecurity will soon be a thing of the past, says Accord Party Presidential flagbearer