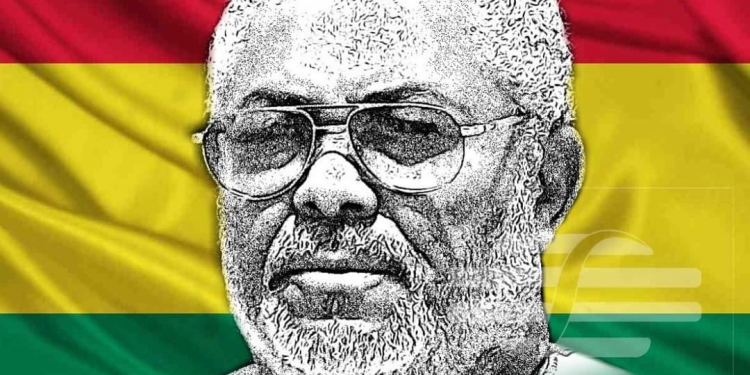 Journalists International Forum for Migration, JIFORM, on Thursday, November 12th, 2020, mourned the passing away of former Ghana President, Jerry Rawlings describing him as a great liberator and one of the ever lived pan-Africanists.


The media foundation with over 250 journalists covering migration across the world also expressed condolences to the people of Nigeria over the death of former Kaduna State Governor, Alhaji Balarabe Musa.


Ajibola Abayomi, the President of JIFORM in a statement said: “Jerry left his footprint on the sands of time as a game changer in Ghana. During his life time he spoke against en-slavery of Africans on several occasions through irregular migration. Today, an illustrious son of the African continent has gone to meet his creator.

“Regrettable JIFORM missed not meeting Rawlings in person in Ghana having set up meeting to engage him January 2021 in Ghana during a proposed African media summit on migration. It is not how far for Jerry, but we can attest to how well he had served his people. Our prayers are with his family, Ghana and entire Africa at large”.


The JIFORM President went on to acknowledge late Balarabe as an icon of progress and a nation builder, stating that he and Rawlings were fallen heroes.

“Balarabe was a man that stood for the common good of the society. He was committed to a united Nigeria beyond the rhetoric of others who played politics of tribalism and destruction.


“He was journalists’ delight that would never shy away from attending to media issues at any hour of the day. No wonder those who conspired to impeach him as the first governor to be so controversially removed from office because of his zero tolerance for corruption perished with their evil deed.


“While the history of Nigeria would be incomplete without reference to Balarabe, those Kaduna State lawmakers that plotted against him remained dead with the impeachment saga. May his soul rest in peace,” Ajibola prayed.