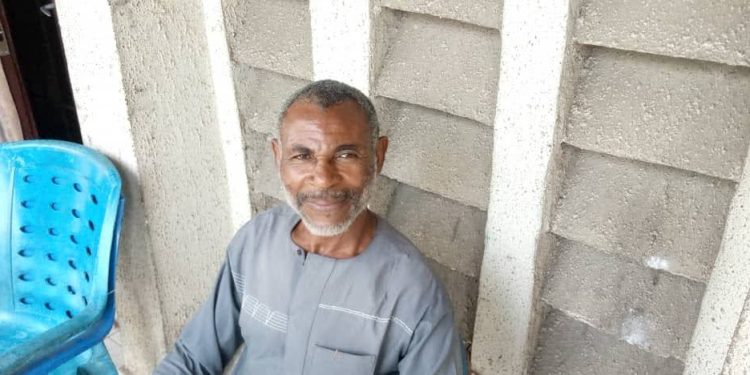 Tucked somewhere on Igbada Road, after the Redeemed Christian Church of God(RCCG) in Omoku, Rivers State, is a young man, Pastor Joel Amamchukwu, whose ministry and passion is to take mad people from off the streets, pray and cater for them until they are healed. Hundreds have passed through him and have been completely healed since he started the ministry in 2006 after his graduation from the Theology College in Akpajo, Eleme Local Government Area. He started from working with an organization that deals with mental cases before going on his own.

“I discovered then that some mad persons I pray for regain their sanity instantly while others will require to be followed up but they all became okay after a while, by God’s grace. Some became normal but their memory is blank but, as time goes on, they became okay,” he explained.

Pst Joel is from Nnewi in Anambra State but has operated in Rivers State since he started along with a few men of God.

“We started at Inka Road now Okujagu Street in Port-Harcourt before the government took over the land as it belonged to it. God told me clearly to relocate to Omoku in 2020, after the COVID-19 lockdown. I obeyed and, since there was no much money in my hand, I moved to an uncompleted ‘bacha’ in a bush on Erema Street. Some people saw me there and mentioned me to a former local government chairman, Hon. Emeka Odili, who gave us this place,” he disclosed.

At the moment, over 30 mad people made up of men and women, are staying there. He takes care of their feeding, clothing and medical care, for those who require such until they are totally healed and reunited with their families. The place is not fenced and has neither electricity nor potable water. The vision, however, must go on.

“One of them (mad persons) known as Godswill was healed and taken back to his family in Bayelsa. His mother wept until she slumped while thanking God. She revealed he had been missing for 21 years and they had given him up for dead. Nigeria Television Authority(NTA) Bayelsa carried the news. Another violent one popularly referred to as ‘Mpiagi’ because of her violence, also became healed and we took her to her home in Imo State where her mother revealed she had been missing for 20 years. She was said to have graduated, gotten a job and ran mad the same day she was to resume on a new job!”

How does he get his funding?

“We depend on individuals and churches, by God’s grace. The government at all levels are yet to respond. We also depend on the little we get from the company I operate where we translate waste to wealth. Plastic from the dustbin is ground to produce other materials which we sell but it is not easy,” he explained and called on well meaning individuals, companies and the government, at all levels, to come to his aid.

“Jesus said in the Bible, ‘I was hungry, you fed me, I was naked, you clothed me…’ Also, it is a curse for naked people to be moving around naked to the land such occurs,” he stated

Apart from healing them, the healed persons are equally trained and given a skill before reuniting with their families. One of them was trained in tailoring and was given a sewing machine before he reunited with his family in Ogbunabali, a suburb of Port Harcourt, the Rivers State capital. They also monitor them for life to ensure nothing goes wrong.

Pastor Joel hopes to take the ministry all over Nigeria and even the entire world, one day. He is married with six children and all of them are involved in the ministry with him.

He is full of praises for the
ONELGA Security Planning and Advisory Committee(OSPAC) Chairman, Comrade Manor Ogwumike, for his assistance and his generous spirit.