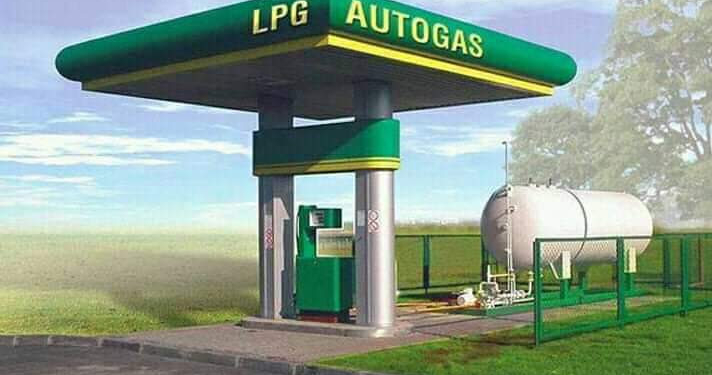 A concerned Non- Government Organization(NGO) under the aegis of Peoples Advocacy Organization of Nigeria, (PAON), have  raised the alarm over the danger posed by the location of a fuel and gas station along the ever busy Airport Road by Golf Course, traffic light in Benin City, the Edo State capital.

The group in a  petition  seeking to correct the anomaly said the citing of the station was in flagrant disregard and abuse of the guiding Town Planning laws.

The petition which was signed by the Convener of POAN, Emmanuel Agbogun, was addressed to the Chief of Air Staff, Nigeria Airforce Headquarters, Abuja; Honourable Commissioner, Ministry of Physical Planning and Urban Development, Benin and His Royal Majesty, Omo N’Oba N’Edo Uku Akpolokpolo, Oba Ewuare 11.

The fuel and gas station owned by one Andrew Momodu noted is cited in a location where it is capable of igniting fire disaster if urgent steps are not take by the relevant authorities.

A portion of the petition reads: “We are a Non-Governmental Organization with a core mandate to engender due process in public and private affairs and to ensure the positive development of our society.

“We came across a very worrisome development along Airport Road, by the Golf Course Traffic Light, Benin City where one Andrew Momodu and his collaborators without any approval whatsoever from the requisite approving authorities, as at when they started building , have cited a fuel and gas station, at variance with the following  extant regulations.

“That the land upon which the fuel and gas station is situate is measuring 70 feet by 80 feet, which is below the approvable measurement of the Regulations of the Edo State Ministry of Physical Planning and Urban Development and also against the extant regulations of the Department of Petroleum Resources (DPR), for a fuel/gas station.

“That the Benin Airport Transmission line is above the land upon which the fuel and gas station is situate, which is inflammable, poses a great danger to public and private properties and lives of citizens and is capable of igniting a huge fire disaster that could claim the lives of hundreds of people  and  is against the extant regulations on the siting of fuel and gas  stations, anywhere in Nigeria.

“That the exit of the fuel and gas station is overlooking the traffic which situation is against the Town Planning Regulations and will lead to an incessant traffic logjam and could lead to unwarranted accidents, that can lead to the loss of lives on the busy Airport Road, Benin City.

“That the said fuel and gas station is situate less than 500 metres from the next fuel/gas station- OTOPEC, which is against the extant Regulations of the Edo State Ministry of Physical Planning and Urban Development and other Regulatory Authorities.

“That the promoter of the said fuel/gas station, Andrew Momodu and collaborators,  do not have an approval from the Federal Airports Authority of Nigeria (FAAN) to set up the station close to an Airport facility. That the said fuel and gas station does not have  the extant approval from any agency of Government whatsoever.

“That the promoter of the illegally sited fuel and gas station, Andrew Momodu and collaborators have boasted that they can get away with the ongoing building of the fuel and gas station, irrespective of  the Regulatory infractions thereon, which are irredeemable and we are putting up this petition to you Sir, due to your avowed penchant for  process and your adverseness to impunity.”

However, while responding to the allegations in a chat Andrew Momodu said that the all the claims against him were just a figment of the imaginations of the petitioners as he sought for an got permission from the approving authorities before citing the fuel station at the said location.

“I applied to the Department of Petroleum Resources(DPR) which is the approving authority for licence. They came for inspection and I got their approval before construction work started at the site.

“Subsequently, I also applied to the Ministry of Physical Planning. They came, did their own inspection and also gave their own approval,” Momodu disclosed.

Nigerian lady in captivity in Oman begs FG to rescue her