Govts, Communities collaboration will be a game-changer for Nigeria’s mining sector, says Osinbajo 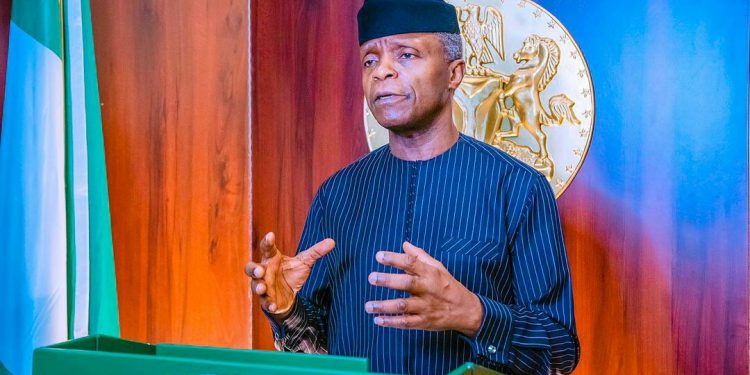 As of 1940, Nigeria was already globally a leading producer of Tin, Columbite and Coal. Potential coal reserves are today estimated to be as high as 3billion tonnes.  much of our coal is high-grade clean and bituminous with a low sulphur and ash content. Even farther back in 1913, gold in commercial quantities had already been found in parts of Northern Nigeria and what is now Osun State. Bitumen was discovered as far back as 1900 mostly in the Southwest Zone, the bitumen belt covering what are now Ondo, Ogun, Lagos, and Edo States and today with deposits in excess of 42 billion tons we have the second-largest bitumen deposit in the world and almost twice our oil reserves.  How about iron ore? We have the 12th largest iron ore deposit in the world, more than 3billion tons. Besides, the Nigerian Geological Survey Agency (NGSA) confirms that Nigeria has over 44 mineral deposits in commercial quantities in over 500 locations across the 36 States and Federal Capital Territory of Nigeria. These minerals range from industrial and energy minerals, such as iron ore and coal, to gemstones, including sapphires, rubies and emeralds.

So buried in the ground in various parts of Nigeria are riches that could ensure that no Nigerian is unemployed, underfed, or neglected. And this is not mere speculation because, before the discovery of oil, Nigeria developed its infrastructure, roads, rail, dams, provided free education in the western region for example, from the proceeds of minerals, agriculture and taxes.

But with the discovery of oil, these incredible riches have remained buried in the ground for decades. In many parts of the country, you find illegal miners with poor equipment essentially scraping the surface of these deposits. Some better-equipped operators are able to do more, but they largely exploit cheap labour, and pay next to nothing in taxes or royalties, and cause environmental damage that is never remedied. It is clear that unless we get the management of our solid mineral resources right, we would continue living in the terrible paradox of suffering in the midst of plenty.  The problems are numerous but solvable. The principal issue is that of the challenges of implementing the regulatory framework. While the Ministry of Mines and Steel has the legislative mandate to regulate mining in the country, many States and local governments have embarked on the imposition of their own rules and regulations on miners in their States, including issuance of Registration, Permits, Community Development Agreements (CDA) and Memorandum of Understanding (MOU) on miners.  Some State Governments, in a bid to shore up their revenues, impose illegal fees, taxes, and levies on foreign and local licensed mining companies and operators.

Enforcement of these taxes often leads to the frequent arrests and harassment of licensed miners and their workers, and closures of mining sites. This happens frequently.

Regrettably, such actions by State Governments constitute a major disincentive to prospective investors in the sector and invariably jeopardize the efforts of the Government to deepen the mining industry in Nigeria.  There is no way this will ever benefit the majority of our people. Then there are the huge security concerns that always develop in the struggle for control of mineral resources in poorly regulated, unregulated or ungoverned spaces. Almost invariably, these situations lead to criminal activities and particularly, the proliferation of weapons and armed groups. This is true historically and more evident now. On the African continent, we have ample examples of how resource extraction can trigger an increase in criminality.  Here in Nigeria, armed banditry hiring and equipping of armed groups by illegal but powerful mining concerns in many resources-rich areas is clearly fuelled by the chaotic regulatory environment.

It is for these reasons that this strategic engagement with the leadership of the 774 local governments is critical. It is apt and timely especially as the Federal government through the Ministry of Mines and Steel seeks to fully implement its robust and wide-ranging remit in policy and legislation. This engagement will certainly help in explaining the regulatory framework to the governments at the community level where most of the mining activities take place. It will enable the ministry and other stakeholders to get direct feedback from the local government authorities and those who have to deal with these issues daily.
But where are we today? In 2016, the Ministry of Mines and Steel Development in collaboration with industry stakeholders formulated The Roadmap for the Growth and Development of the Nigerian Mining Sector Industry.  The road map addresses some of the tensions between the Federal Government and subnational entities in relation to mining.

The Roadmap which identifies partnership with mining communities as one of the “critical levers of success” states that “success in Nigerian mining requires partnership across multiple communities, stakeholders and institutions” and also stresses that “the role of state governments as both co-investors and sector champions is critical.” It further asserts that “a sustainable growth model” for the sector can be found “only through government innovations and partner action e.g. community engagement mechanisms, shared investment and co-creation of opportunities.” Section 19 of the Nigerian Mines and Minerals Act establishes the Minerals Resources and Environmental Management Committee (MIREMCO). In each state which is composed of representatives of the Federal, State, and Local Governments and is designed to serve as a platform for fostering synergy in mining operations across all tiers of government.

Consequently, the Act accords communities the status of co-investors in the development of mineral assets. The Minerals Resources and Environmental Management Committees are important in bringing order, fairness, inclusion, and equity to mining and its value chains. Mr. President has also mandated the Ministry of Mines and Steel Development (MMSD) to prioritize the orderly and efficient development of 7 strategic minerals in the Mining Roadmap namely Coal, Bitumen, Limestone, Iron Ore, Barites, Gold, and Lead/Zinc ore to support local industries and for export of processed mineral products. The Ministry was further mandated to strengthen synergy with State Governments and relevant security agencies for the enhanced security and safety of mining areas. The Ministry is also expected to foster collaboration with the private sector in growing the mining industry in order to create employment opportunities.

Recently also, as part of the post covid efforts to preserve existing jobs and create new opportunities N6 billion was approved for the Mining Sector under the current Economic Sustainability Plan (ESP), for the development of Mineral Processing Clusters (MPC) across the six (6) geo-political zones of the country to promote large-scale investment in mineral exploitation. It is gratifying that the Ministry has recorded considerable progress on these Mining Process Clusters. And on security in mining areas, as part of broad efforts to re-engineer the national security architecture to more efficiently confront our challenges, the President recently approved a raft of measures aimed at ensuring the security of mining concerns and mining sites. These measures which will be driven by the Office of the National Security Adviser in concert with the Ministry of Mines and Steel Development will be hugely significant in creating an enabling environment for the growth of the sector.

A few things emerge from the regulatory and policy framework that I have just shared and you’ve heard quite a bit about it in earlier statements made, and I will make some suggestions:
1.         Mining is constitutionally under the Federal Government of Nigeria.

2.         Mining revenues go to the Federation Account and is shared between the Federal Government, States and Local Governments. States where resources come from get 13% derivation in addition to their share.

5.         The communities where mines are located must also have some direct benefits aside from jobs for their residents. We must find a formula for compensating the communities for environmental degradation and erosion.

6.         There must also be a framework for ensuring that environmental degradation is remedied.

7.         We must discourage the export of raw minerals, refining, processing or beneficiation is the only real way to maximize our mineral wealth and create good paying jobs and opportunities for our people. This engagement today should lead to the production of or the fine tuning of a clear working document that spells out with clarity the roles and responsibilities of each party, the FG, the States, the Local Governments and the mining communities. Even where these roles and duties have been defined in existing legislation, this is an opportunity to simplify the language, explain the relationships, take input on implementation concerns, and get everyone’s buy in.

Well done indeed. I can only encourage you to continue to approach your role as the regulator and administrator of the nation’s mines and metals sector with open mindedness and flexibility especially in your collaboration with the States and local governments.

I must also urge all officers of the Ministry to rededicate themselves to the realization of the set target of a 6% contribution of the mining sector to the  nation’s GDP by 2025.

FinaIly, let me say to all participants that this engagement is one that could be a game changer for mining in Nigeria, and it could mean a new era of huge earnings and prosperity for our people from our mining resources. But this will only happen if we adopt a collaborative and cooperative approach. If we work together, we will reap far more than we could ever gain by working alone.

It is now my special privilege and pleasure to declare open the maiden edition of the strategic engagement on Sustainable Mining by the Federal Ministry of Mines and Steel Development with Nigeria’s Local Government Chairmen and other critical mining stakeholders.

I wish you all fruitful engagements.

God bless the Federal Republic of Nigeria. I thank you.

Imhandegbelo felicitates with Obaseki At 64 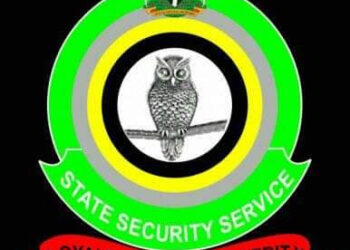