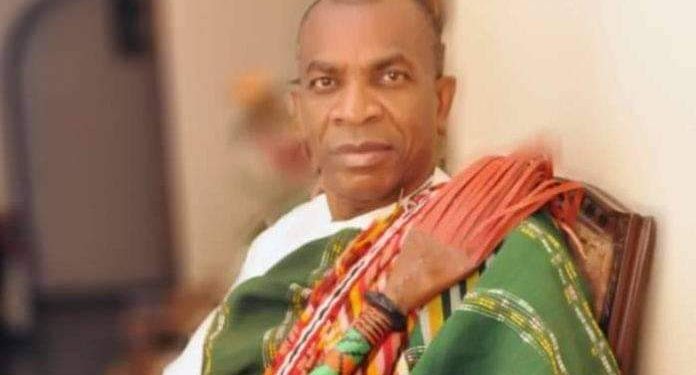 Peoples Democratic Party (PDP) in Edo State and their counterparts across the entire South-South geo-political zone will  probably converge in Benin, the capital city of Edo State on Sunday, March 14, 2021, to clink glasses, make merriments and celebrate the sweet aroma of their recent political conquests under the charismatic and able leadership of the State Party Chairman, Dr. Tony Aziegbemi.

On the 14th of March, 2021, it will be exactly one year when Dr. Tony Aziegbemi mounted the saddle as the State Party Chairman.

At the onset, he was the dark horse, luckily, his tenacity and zeal propelled him to go into the trenches to galvanise the required critical support base and when the party’s congress eventually held, he emerged victorious.

There is, indeed, every reason to celebrate. Here was a party living in the shadows of its past glory and suddenly, it transformed into the ruling party, with all of its attachments.

Those gathering in Benin may even decide to turn the event into a carnival of sort and they would not have offended the political gods of the land.

In comparison,  there is clear difference of the PDP of yesterday and the PDP of today. The difference, as they say, is as crystal clear as that between day and night.

The September 19th, 2020, victory is what later spurred the PDP into life. This Esan born politician, with a Ph.D in Economics from a Russian University, is not  a pushover as far as Edo politics is concerned. Having had his political baptism as a member of the House of Representatives in the 7th and 8th National Assembly, he had had enough tutelage in the game to know how to outsmart opponents and the rest.

As party chairman, the place of Dr. Aziegbemi in the chequered history of the party in Edo State is already secured. From near obscurity to fame. From divisive and acrimonious infighting among various factions to solidity and cohesiveness. From opposition to being the ruling party.

Looking back, it’s obvious that the winning aura and charisma, coupled with hard work as well as broad based support, catapulted the PDP to the top in Edo State and broke a 12 year streak of election losses at the gubernatorial level.

The September 19th, 2020, victory of Mr. Godwin Obaseki and Comrade Philip Shaibu was simply an icing on the cake. Three factors have been identified as having aided the PDP victory: one, solid foundation laid by Chief Dan Osi Orbih, former State Chairman of the party; two, the PDP candidates in the election, that is, the duo of Obaseki and Shaibu and; three, the winning aura of Dr. Tony Aziegbemi.

At the completion of his primary education in Warri, Delta State, he switched base and moved to Eghosa Anglican Grammar School, Benin City; from there to Edo College, Benin for his A/Levels. As a result of his brilliance, he got a federal government scholarship to study abroad. He chose the old Soviet Union and did not return home until he plucked the highest educational attainment anybody can dream of – a Ph.D in Economics.

In Edo political circles, some observers have described the PDP State Chairman as the “David who killed Goliath”.

If we go by that logic, it, therefore, means that the coming of Dr. Tony  Aziegbemi as the State Chairman of the PDP in 2020 had the hands of God in the project.