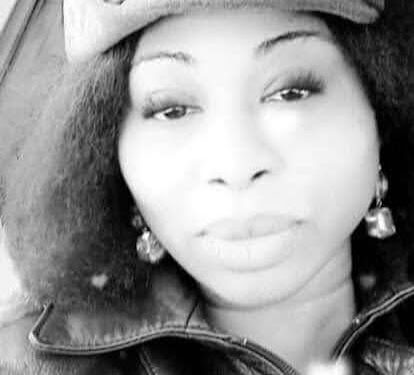 From available information the Canada based lady, Eboni Godswill, whose case of blackmail against US based Becky Igiebor is currently under investigation by interpol, Nigeria security agencies and a horde of international agencies, was at a point in time married to one Osazee lyonmana.

The relationship did not last and the duo went their separate ways. But Rachael, as Eboni is also known, would not let go. She made a vow that anyone related to or relating with her ex-husband would become target of her attack. Becky, being a sister of Osazee, naturally became one of such ‘enemies’ and there started the attack on her.

Those who are conversant with her modus operandi say she thrive in blackmailing, she enjoys it. She is said to specialise in blackmailing innocent persons(soft targets).

“What she does is to record conversations when the going is good, keep chats and later turn around to screenshot them for blackmail. She earnestly looks out for who to settle her for money to stop any blackmail. She has so far blackmailed One Pastor Moses, Becky, her ex husband and several other persons,” our source divulged.

Our investigation further revealed that she has engaged in so many issues in Canada.

Somethings you should know about blackmail.

The action, treated as a criminal offence, of demanding payment or another benefit from someone in return for not revealing compromising or damaging information about them is called blackmail.

There are basically five types of blackmail viz extortion which happens when the person with the secret information contacts the target and demands money in exchange for silence; the practice of obtaining benefit through coercion. In most jurisdictions it is likely to constitute a criminal offence; emotional blackmail occurs between two people who have a personal or intimate relationship. The perpetrator uses threats, punishment, and guilt; stalking, criminal activity consisting of the repeated following and harassing of another person. Stalking is a distinctive form of criminal activity and sextortion which is the most common form of blackmail we see in practice. It is also referred to as webcam blackmail, internet blackmail, cyber harassment.

How to fight back to stop a blackmailer

Blackmailers are in the same league with bullies. They don’t have the capacity to take up a challenge(a counter attack). To stop a blackmailer in his or her tracks take initial steps. Inform the authorities that you are being blackmailed.

Keep in mind that paying is unlikely to stop the blackmailer’s demands. Don’t confront the person (online or otherwise); end all contact with them immediately.