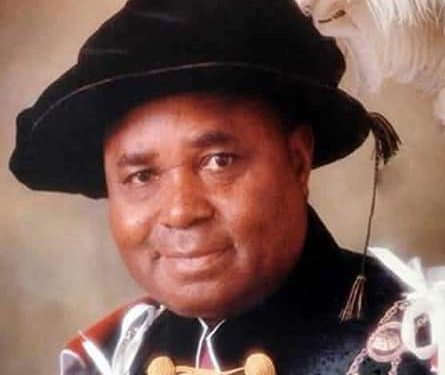 Reliable sources said that the whole place was so jam-packed that the adherence to protocol as regards packing space for the vehicles of networth individuals became a big task with some of them openly exhibiting acts of nonchalance in keeping with protocol to the extent of challenging the authority of the officials as they carry out their duties.

Also worrisome was the open defiance some of the invited guests exhibited in keeping to protocol arrangement especially as it relates to adherence to the Covid-19 worldwide pandemic.

Some names of celebrities repeatedly mentioned as being ‘culprits’ in this regards include Justice Constance Momoh, the former Chief Judge of Edo State. Also mentioned as per this issue of defiance to protocol was House of Representatives member, Ndudi Elumelu.

In Justice Constance Momoh’s case she was alleged to have openly rejected the instructions of the protocol officials that the seat she illegally sat on is meant for the Speaker of the Edo State House of Assembly, Rt. Hon. Marcus Izeagbeaya Onobun.

She was quoted as telling the protocol officers off while insisting that her sitting on the seat meant for the Speaker is no big deal. Try as the protocol officials did she stuck to her ground and the hapless protocol men had no option than to let her have her way.

In his own case Ndudi Elumelu allegedly pushed aside the seat meant for the Edo State Deputy Governor, Rt. Hon. Philip Shaibu and placed his own seat strategically next to the chair meant for Governor Godwin Obaseki. Much as the protocol officials tried to make him see reason on why protocol must be adhered to he allegedly kept insisting that he has done nothing out of order as he is a friend of Governor Obaseki.

The 87th birthday celebration of Chief Gabriel Igbinedion like usual attracted a lot of high networth individuals across the world. Some of the celebrities on the list are the former governor of Delta State, Chief James Onanefe Ibori; His Imperial Majesty, the Alaafin of Oyo, Oba Lamidi Adeyemi and the former guber aspirant of the People’s Democratic Party(PDP) in Edo State, Barrister Kenneth Imansuangbon among several others.