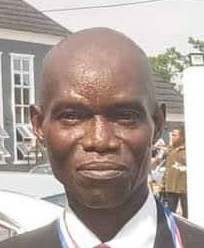 Comrade Festus Alenkhe, Chairman, Edo State Council of Nigeria Union of Journalists (NUJ), has on behalf of the executive and members of the council condoled with the family of late Edwin Odeh, a member of the Federated Chapel of the council, who passed-on on Friday, March 11th, 2022, after a brief illness.

In his condolence message to the family of the deceased the NUJ Chairman described the death of Edwin Odeh as a great loss, not only to the immediate family, but to the entire journalists in the state.

He said the late Odeh was a hard working and unassuming journalist who was committed to his job and anything he does.

Going down memory lane, Comrade Alenkhe recalled that Odeh played a pivotal role in the election of the present executive of the council.

Alenkhe prayed God almighty to grant the deceased’s immediate and extended family, as well as friends and associates, the fortitude to bear the irreparable loss.