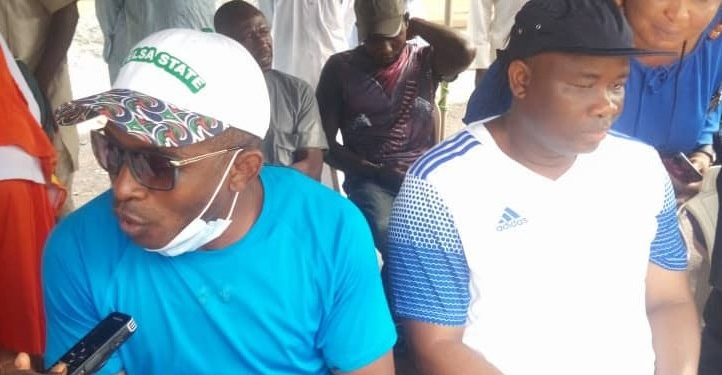 Bayelsa State team at the ongoing National Sports Festival has given a good account of itself. Speaking about the secret behind the success story the state Commissioner for Youths and Sports Development, Daniel Igali, stated that it is the culmination of the efforts of the state governor, Douye Diri; his deputy, Senator Lawrence Ewhrudjakpo; athletes, sports administrators and the likes.

“We have a governor today that was the former Commissioner for Youths and Sports Development. So, he understands what it takes to come to a festival and the preparations you need to do before coming.

“I also have a deputy governor who is very thorough and has been involved in every phase of the preparation. You have athletes who are ready to give their life for the state because the governor has given us a charge that we should maintain fourth position at the minimum

“So, when you look at a culmination of factors here, you have very excellent administrators in the sports ministry who have put in effort to ensure that we are here.”

On his assessment of the ongoing 20th National Sports Festival, Igali, a former world wrestling champion, who also adorned the colours of Canada in the days of yore, said: “As a result of Covid-19 a lot of athletes have not had opportunities to train. So, I think  generally the standard is not as high as it ought to be. I am saying this across virtually every arena that I have come to and speaking to the experts in the different sports. It is the general consensus.

He gave the host of the Sports Festival, Edo State, kudos for the standard of organisation.

“With Covid-19 and all these restrictions I think Edo State deserves commendation for the organisation that they have put up so far,” he submitted.

You continue to chart the course of an egalitarian society, Imansuagbon salutes Ikimi at 77

You continue to chart the course of an egalitarian society, Imansuagbon salutes Ikimi at 77