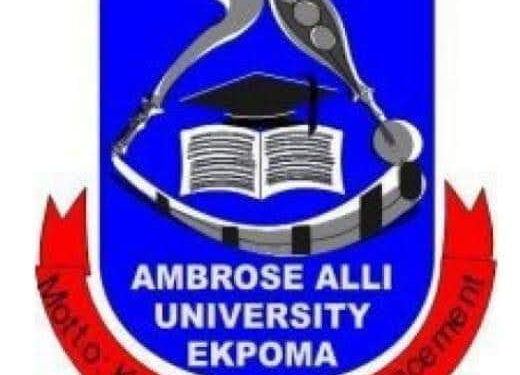 The Ambrose Alli University (AAU) Alumni Association is presently in crisis resulting from the recent election that brought in its worldwide President and other exco members.

The two titans in this face off laying claim to the position of the association’s Worldwide President are Clifford Omozeghian and
Hon. Fidelis Ogbejiele.

In a press statement Clifford Omozeghian stated while he and members of his exco were still receiving congratulatory messages on their been sworn in on 17th December, 2022, their attention “was drawn to an online publication where Mr. Fidelis Ogbejiele, a co-contestant for the office of President Worldwide who was no where around Ekpoma on 17th December, 2022, on the day the re-run election was conducted, claimed he is the President – Worldwide whereas he never participated in the re-run election conducted on the said date.”

“The office of the General Secretary also had a tie. On that very day, the electoral chairman and his team told us that the way out of the logjam will be a re-run election to be fixed on a later date and communicated to all delegates.”

In his response, Mr. Fidelis Ogbejiele stated: “It is a well known fact that Mr. Omozeghian is domiciled in Abuja. He approached Abuja branch to be sponsored to National Convention in order to contest the position of Worldwide President.

“He later migrated  to Ibadan where he was adopted by the willing Exco of the branch who had never been able to sponsor more than one delegate/representative to any of our National Conventions or meetings since it’s inauguration.”

Going further, Ogbejiele disclosed, “Mr. Clifford, having gotten a soft landing in Ibadan branch, quickly paid his dues within the month of October against the Alumni Association Constitutional requirements, that stipulates thus: ‘Dues must be paid as and when due.’

“He did this with the assistance of hatched Alumni members led by a Professor in Ekpoma that sees and takes the Association as his property, dictates what happens in the association having served and rotates from one position to another for more than 22years now, sees the Alumni as avenue to feed fat, and  whose wife has been a permanent Convention Committee member for ages with the sole responsibility of food supply and entertainment in any of the Alumni conventions/meetings.

“Coming to the issue at stake, the AGM/Convention of 28th and 29th October 2022, took place with 13 branches in attendance –11 old branches as full fledged participants and two new branches to observe proceedings as required by the Alumni Constitution because they were yet to meet up with the policy of at least two years of existence preceding the convention before full participation in Convention/Election. Even one of the 2 new branches (Ughelli) came with just two delegates to observe proceedings because the branch was inaugurated about two months prior to the October 2022 Convention.

“However a drama ensued when election was to commence. An issue that was not meant for discussion which was neither in the agenda nor raised in pre-election meeting previous day, suddenly came up – that the two newly inaugurated branches that have  not met  the two years constitutional voting rights  requirement be allowed to cast votes, even when one Pastor Ikupa from Ozoro branch was earlier  disqualified on the ground that Ozoro branch sponsoring him cannot do so due to the same Constitutional requirement.

“How then could delegates from Ozoro and Ughelli branches be allowed to vote in the same election when they were already disqualified by the Electoral Committee base on Constitutional provision on the basis that they had made their way to the Convention venue?

“This discussion was ongoing when one professor from Law Faculty who may have been settled to come and help  Mr Omozeghian and his cohorts to set aside and jettison the Constitution walked in, pretended to be  innocent and advised that the Constitution  be set aside for those two branches which were ab initio not Constitutionally qualified to vote with the cry of ‘let peace reign.’

“Every effort made by aggrieved delegates fell on deaf ears as their mobilized military personnel were on ground to assist them actualized this plan. The Ughelli branch that came with just two delegates thereafter recruited three mercenaries through the help of their  collaborator to make 5 delegates.

“The  Convention which ought to be a friendly and jolly one with ample opportunity for old friends to reunite was militarized for Mr Omozeghian to emerge, but despite all the anomalies by Clifford Omozeghian and his co-travellers with shock and disbelief the election ended in a tie for the office of President and that of General Secretary.

“A  tie was never envisaged by the Constitution. However we left the scene with the issue unresolved as the day was far spent and dark. ‘There was no power supply in the venue of the convention,’ so went the excuse.

“It beats my imagination and that of a reasonable man that a Committee that had enough money to bring in Soldiers to aid them perpetuate illegality in election had no money to hire just a generator to supply electricity in the event of power outage.

“Be that as it may, one would have taught that  a re-run election would come up in question of days or a week  but that was never the case. The only thing I heard from the Electoral Committee Chairman was that he was being threatened by some persons who called his mother to advise him to do their bidding since they put him there as the Chairman.

“On the 15th December 2022, I received a WhatsApp message from the Election Committee Chairman intimating me of a re-run Election slated for 17th December 2022. I replied him that a notice of less than 48 hours was too short as such would be unfair to me; I further appealed to him to postpone it and give me a proper notice for equity and fair play?

“He responded thus:
(1) BOT has instructed him to go ahead with the election.(A BOT that has not been handed over to)
(2) ‘Shift in date wouldn’t have been a problem but he feared postponement will correct the Constitutional abuse that gave room to some branches not qualified to have voted, but was forcedown on his Committee members’ (This conversation is still in my system).

“He gave the Venue and time for the re-run to be: AAU Alumni Association Secretariat and by 9.30am.
However same day, at about noon. I got a written invite signed by the Electoral Committee Secretary intimating me of re-run Election on Campus same 17th December 2022. Venue Chris Oyakhilome’s hall by 3.30pm. (the same venue we earlier used for the previous Conventions).

“On the 17th December we converged at the venue. We met the Electoral Committee Members and the  election held at the premises. Three (3) out of five (5) members were physically present. Accreditation was done and voting started for the offices of the Worldwide President and Secretary simultaneously.

“At 4.20pm, counting was done after voting in the open. The  results were announced by the Committee’s Secretary, I was declared winner for the office of Worldwide President, and a copy of result sheet was issued to me.

“The second ballot for the office of Secretary was also counted; Sir. Enodolomwanyi Otamere was declared winner and we were sworn in accordingly by a legal luminary. I delivered my acceptance speech to the admiration of all.”