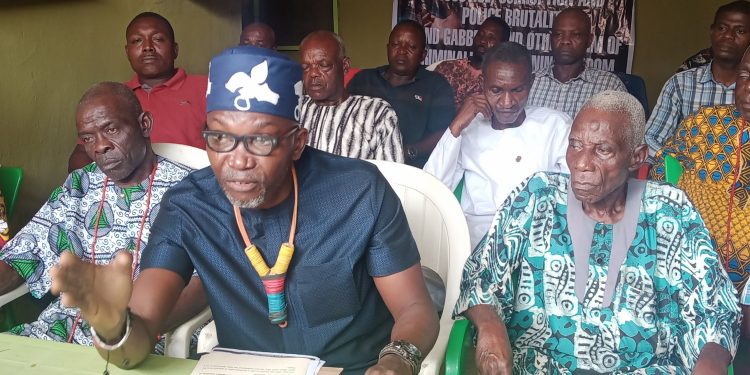 The people of Iguoshodin Nebudin, a community in Ovia North East Local Government Area of Edo State, have appealed to His Royal Majesty, Omo N’Oba N’Edo, Uku Akpolokpolo, Oba Ewuare11, N’Ogidigan, to intervene in the seemingly unending feud that has been the lot of community for months.

In a press statement on their behalf signed by Ambassador Curtis Eghosa Ugbo, the President of the Benin Solidarity Movement (BSM) worldwide, the aggrieved people went back memory lane to recall that the community had always been peaceful until the former Omada Roland Ekhoe Ogbebor illegally installed one Pastor Osahon as Okhaegele of the community and one Pa Festus Iserhienrhien Osunde as the Odionwere.

Roland Ogbebor in installing the said Pastor Osahon was said to have backed up his illegality with a purported letter of approval from the Benin Traditional Council (BTC) “which after discreet investigation has been discovered to be a forgery.”

According to the aggrieved people “to put a stop to the illegality, the Benin Traditional Council (BTC) has since refuted the said letter of approval purportedly signed by the late Secretary of the Oba of Benin, Oronsanye Guobadia.”

They appealed to the Benin monarch to urgently intervene in the prolonged crisis “as many of the community faithfuls have been forcefully sent out of their houses, farmland by Pastor Sunny Osahon and cohorts because they believe that they’re stronger than the weak elders in the community.”