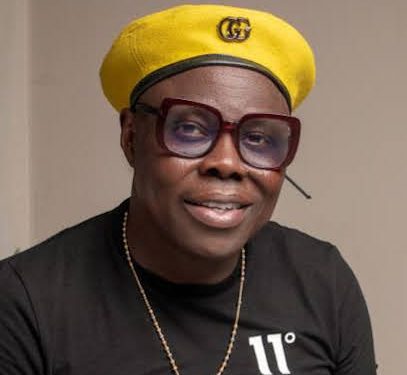 “We all are educated. Anywhere in the world, a sitting president cannot use the word ‘successor’ he can use the world ‘flagbearer’. We Nigerians are expecting apology from you, President Buhari.

“Ahmed Idris(embattled Account General of the Federation) is a notorious criminal. If it was China, by today the government of China would have flushed out his family. They will not exist again, because they can be infection if they continue to exist.

“I love my country. Perhaps there was one reason the British put us together, because they know that they don’t want Nigeria to progress. Otherwise, the north could have been a different country. Likewise, the south and east.

“We are not the same. I want to say it loud and clear, we are not the same.
Now, people that stole ordinary maggi cubes, people that stole Okada, they are still awaiting trial today after two to fifty years. A man that took N200 billion from Nigeria treasury. I say it again, N200 billion, the man is on bail because Malami(Attorney General of the Federation and Minister of Justice) is his brother. The Chief of Army Staff is his cousin, because all the institutions are run by the Fulani, northern elites.

“We are old enough, it is time for us to speak truth to power to decide if we are going to live free or die. We cannot afford to live like this again. Whatever affects me also affects you, and whatever affect you affects me.

“ASUU was asking for N18 billion, and Ahmed stole N200 billion and he is walking freely in our society. What a shame to Nigeria government.
Where our President is the Minister of Petroleum, 48 vessels of our crude oil under his watch was sold. The navy, soldier and the police are begging for transfer to go there and assist the sabotage, only in Nigeria.”

Going further, Eholor said:
“What I am saying is that, if the man who stole our N200 billion is not arrested and detained, they should open the whole prisons in south-south and south-east. They are not prisoners, but prisoners of conscience. They are prisoners because they are poor, whereas the real prisoners are all out there stealing our money and crude oil.

“In a country where a man like Alhaji Atiku Abubakar spent over 80 million dollars to buy delegates. Can we ask Atiku the source of his wealth? Can we ask Atiku his income tax. An indeed society ought to know a wealthy man and his source of wealth. But in Nigeria, nobody cares. When you show your income tax that will tell how genuine you are as a citizen. Can we continue to live like this. Absolutely no. What a failed country.”