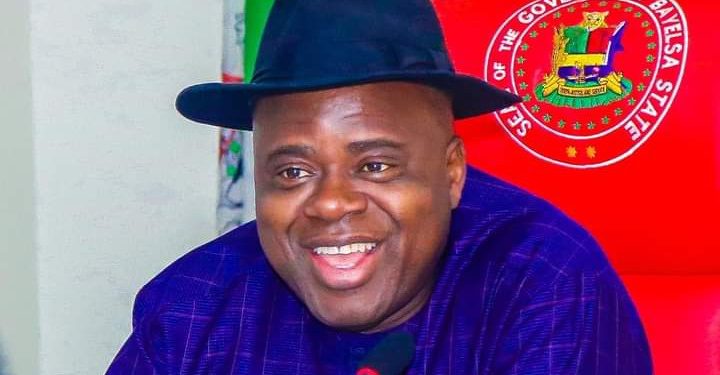 In his bid to explore the benefits of tourism as a potential driver of economic growth, Bayelsa State Governor, Senator Douye Diri, has appointed a one time member of the West Africa Tourism Union (WATU) Ghana and Director-General of Ernest Ikoli Visitor Information Centre, Yenagoa, Comrade Piriye Kiyaramo, as his new Senior Special Assistant (SSA) on Tourism.

In a letter dated August 30, 2021, endorsed by the Secretary to the State Government(SSG), Rt. Hon. Konbowei Friday Benson,  effective from August 12, 2021, Gov. Diri stated that: “It is expected that you will serve the state in this capacity loyally, and with a high sense of patriotism, proficiency and diligence.”

He holds Bachelor of Science Degree in Physical and Health Education from the University of Port Harcourt and a Diploma in Journalism from the International Institute of Journalism (IIJ), Abuja.

In 2019, Comrade Piriye Kiyaramo was nominated by the Africa Travel Awards as “Top 100 Tourism Personalities in Nigeria” having been nominated earlier by the Africa Travel Quarterly News Magazine, Lagos and was subsequently inducted into the “Tourism 100 Club, Nigeria” at the Nicon Luxury Hotel, Abuja on March 27, 2021. Comrade Kiyaramo also won the Top Tourism Promoter award in 2020.

He was appointed Secretary of the West Africa Tourism Union Tourism Masterplan Drafting Committee inaugurated in Lome, Togo 2007. Piriye Kiyaramo is the pioneer Deputy Rector of the International Institute of Tourism and Hospitality, Yenagoa as well as Niger Delta Regional Liaison Officer/Media Consultant of the Presidential Amnesty Programme(PAP) under Brig.Gen Paul Boroh (retired).

He is the initiator and pioneer chairman of the Travel Writers Corps of the Nigeria Union of Journalists (NUJ), Bayelsa State Council, as well as Interim South South Coordinator of the Association of Tourism Practitioners of Nigeria (ATPN). He was one time South South Zonal Secretary of the Federation of Tourism Association of Nigeria (FTAN) as well as served as South South Zonal Vice Chairman of FTAN in last zonal executive.

To his credit, Comrade Piriye Kiyaramo drafted the bill establishing the Bayelsa State Institute of Catering and Hotel Management, which has transformed to International Institute of Tourism and Hospitality. Until his current appointment, he served as Consulting Technical Adviser to the Honourable Commissioner for Culture and Tourism.

Comrade Piriye Kiyaramo is a prolific travel writer and Publisher of the Blue Economy Newzmagazine online, Abuja. He was one time Secretary of the Oxbow Lake Management Committee, set up by the then Bayelsa State Tourism Development Bureau under the Director General, High Chief Nathan Egba and later served as Consultant to the Bureau under Mr Macaulay Jokori who took over from Nathan Egba as Director General.