Atseleghe, 11 others get new date for hearing of murder, kidnapping case 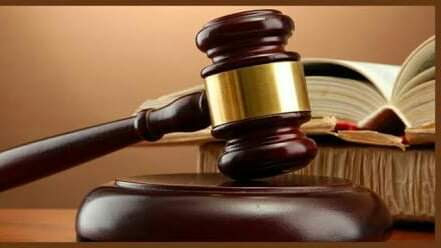 Alleged murder suspect, Johnson Atseleghe and 11 others who are standing trial in a Benin court on allegation of murder, kidnapping and serial killing, had their case adjourned to March 24th, 2021.

The case, which could not be heard on Thursday, March 18th, 2021, when it was earlier slated for hearing, was adjourned because of the absence of the presiding judge and other judicial officials.

Barrister Mathew Edaghe, counsel to the plaintiff, while reacting to the incident in a chat with reporters said: “As we are all aware this week is set aside as the settlement week for the multi-door court across the state by the state Chief Judge.

“It is an exercise that’s involving lawyers and judicial personnel. So, the court did not seat today due to that settlement week. The case has consequently been adjourned to the 24th day of March, 2021, for further hearing.

“Hopefully, at the next adjourned date we expect the court to seat and hearing shall continue in earnest.”

Going further, Barrister Edaghe said that the settlement week is not a clog in the wheel of progress.

“The settlement week is part of the judicial process. It is alternative dispute resolution. It is in furtherance of enhancement of justice dispensation in a seamless manner.

“It is not a clog in the wheel of progress. It is a facilitating addition to the process.”