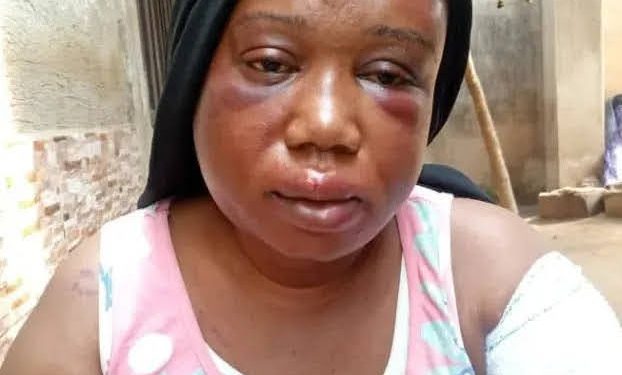 Nigeria Association of Women Journalists (NAWOJ) has noted with concern, the alarming spikes in the cases of physical and domestic violence against women by their spouses.

According to Ladi Bala, National President of the association, in a Press Statement, “The ugly development is becoming worrisome, reprehensible, dastardly thus, totally unacceptable.

“It is particularly worrisome to note that in the month of August 2022 alone, there were three documented cases of wife battery that inflicted serious physical injuries, mental torture, dehumanised sanctity and dignity of victims by their husbands in the country. One of the sad cases, is confirmed dead from the alleged unfortunate violence.

“These cases include that of a Local Government Transition Committee Chairman of Nnewi North of Anambra State, who is being accused of committing violence against his wife that led to her untimely death. Thankfully, the culprit has been suspended from Office by the Anambra State Governor and apprehended by the police. Also of serious concern is an alleged case of a man along with his side female lover who macheted his wife in Rivers State but, now cooling off in police net at Elele in Rivers State and the most recent being the case of a female journalist, a mother of three working with the Adamawa Broadcasting Corporation (ABC) Yola, Nafessah Vandi, who was beaten to a point of stupor by her estranged husband, who inflicted various degree of injuries including dislocation of one of her hands.”

Going further, she stressed: “The painful irony reveals that the wife beater, one Ibrahim Aliyu, a dismissed staff of PHCN has not been living up to his responsibility of fending for his family as he totally abdicated such to his his wife that turned his victim.

“Painfully but, curiously, is the fact that he resolved to brutalise the wife few minutes after issuing her with a divorce letter as a parting gift. This dehumanising development must not be condoled and tolerated by any sane and civilised society.

“It is disheartening to note that in spite of the ongoing sensitization campaign on sexual and gender based violence aside the domestication of the VAPP laws in many states of Nigeria, some brute men are still in the habit of beating their wives and treating them as slaves and not partners by inflicting injuries on them.

“These cases shall not be allowed to slide away. It is against this backdrop that the Nigeria Association of Women Journalists(NAWOJ) calls on the Inspector General of Police (IGP) and the Commissioner of Police in Adamawa State, to fish out the perpetrator of this heinous and barbaric act against a female Journalist, Nafessa and bring him to book.

“Ibrahim Aliyu must be made to face the full wrath of the law to serve as deterrent to his like minds from ever contemplating such an unacceptable and criminal act. The fundamental rights and dignity of women must be upheld and respected by all at all times. No spouse deserves to be brutalised and dehumanised in the guise of provocation of any form or reason.

“NAWOJ equally calls on faith based organisations, human rights activists as well as relevant Non-Governmental Organisations(NGOs) to rise to the occasion and speak out against such societal ills in the country. It should be noted that an injury to one is injury to all. There can never be justification for violence against a spouse or any human being.”