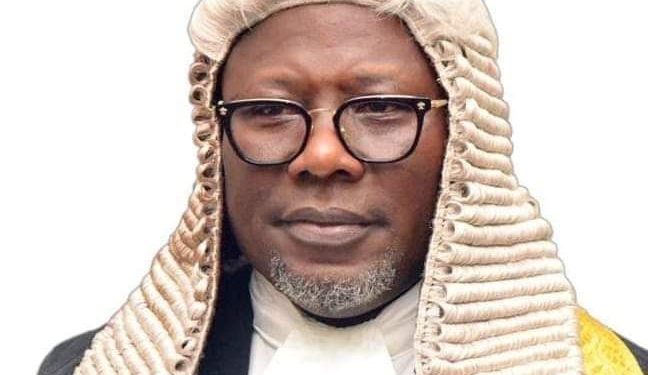 Information reaching this media outfit is that the plot by the Delta State Governor, Ifeanyi Okowa, to make the Speaker of the State House of Assembly, Rt. Hon. Francis Sheriff Oborevwori, his successor in 2023, may have hit the rocks and thus he is working towards a Plan B whereby he will endorse another aspirant, a credible and sellable one.

Also the Speaker’s camp is in disarray as some influencers/mobilizers have started negotiations to shift their support to some other aspirants in time for the primaries slated for later this month.

It was revealed that Oborevwori is presently battling to survive allegation of forged certificate even as the documents in possession of his accusers which have been forwarded to the Peoples Democratic Party (PDP) show dislocated certificates bearing multiple names from primary school through universities.

The documents contained in a memo sent by a whistleblower and politician(name witheld), showed that the Oborevwori was not qualified to run for the coveted office of Delta State Governor.

Some highlights of the petition are as follows:

“Our clients are concerned members of the Peoples Democratic Party, Delta State chapters. We have their instructions to bring to your attention an issue they felt strongly about.

“There is no doubt, the elections are here again of which all stakeholders are leaving no stone unturned in putting their houses in order to enable them win the elections at all levels.

“As you are well aware of, the Peoples Democratic Party is one of the major stakeholders in Nigeria’s politics and not just a stakeholder but the main opposition party at the National level. So far the party has not fared badly particularly in Delta State since the inception of the present democratic dispensation in 1990. It has always maintained the lead in all elections into offices in the state. The secret behind this is not far fetched – It is by keeping to the rare tradition of fielding the best and most qualified candidates in all the elections.

“Our Clients are aware that many persons have expressed their interest and desire to contest for various offices in the State including the office of the governor of the state. One of such persons is Rt. Honorable Oborevwori Francis Orohwedor Sheriff.

“This is the name he stated/bears in INEC form CF 001 he presented to the party and to INEC in other occasion when he contested for the seat in the State House of Assembly.

Our Clients stumbled on other documents he attached to the said form and a careful scrutiny of these documents revealed that Rt. Hon. Sheriff is not qualified to contest the election. This is due to the obvious inconsistencies in the names in the documents.

“The names transform from one form to another. For instance, in the Master Degree Certificate issued by the Delta State University, Abraka, the name on it is at variance with the one in the said form 001.

“For the benefit of doubt, the documents are attached herewith for your ease of reference, perusal and necessary action.
Our Clients are compelled to instruct us to bring this to your attention because in the past, political parties have lost elections due to situation such as this. A recent case which is in all fours with this case is the case of David Lyon of Bayelsa State where his deputy Biobarakuma Degi-Eremieoyo presented certificates/documents of different level of his academic career with inconsistent names and the Peoples Democratic Party challenged the election on this ground. The matter went to the Supreme Court and the Supreme Court agreed with the Peoples Democratic Party and upturned the election of the All Progressive Congress that the said deputy was not qualified to contest the election on this ground.

“For the benefit of doubts, this is what happened: The name he stated on INEC Form CF 001 was Degi-Eremienyo whereas the name written in his Primary School Certificate was Degi-Biobara. In his Secondary School Certificate, a different name – Adegi Biobarakumo was shown and when he entered the University, the name changed again to Degi Biobarakuma.

“And lastly in his MBA Certificate, the name again mutated to Degi Biobarakuma Wangaha. As a result of these unstableness, the Supreme Court while upturning the election declared that none of the certificates has any bearing with the Degi-Eremienyo.

“Our Clients’ fear is that the party will be taking a very disastrous and catastrophic risk if it fields Rt. Hon. Sheriff in the upcoming election in 2023 as its gubernatorial candidate. As faithful members of the Peoples Democratic Party, they cannot fold their arms and allow the party makes the same error the All Progressive Congress made in Bayelsa State hence the need to call your attention to this.

“It is their concern that if the Peoples Democratic Party must maintain its lead in the upcoming elections into various political offices in Delta State particularly, the office of the governor, as it has always done hitherto, then the right and the most qualified person should be fielded.
Such a person must satisfies the basic requirements for the election.

”Our Clients are not candidates gunning for the position of the governor of the state but are persons who have party’s interest at heart. Their desire is that the party must not lose the election on technical ground but on merit if assuming without conceding it has to lose. This information is brought to you to assist party in exercising its discretion when nominating/presenting the candidate that would represent it in the gubernatorial election.
Please accept our highest regards.

“Again, in a secret memo by a popular Delta politician, the breakdown of how the Speaker’s certificates with different names appeared were clearly shown.

“We have identified discrepancies A the certificates submitted with his Form CF001 to the Independent National Electoral Commission [INEC] in 2018 and those submitted with the POP Party’s Brief Form In 2022 provided to us for this exercise. The various name discrepancies are highligted as follows:

“The above-mentioned certificates and affidavits are annexed as Annexures 9 -15 Ar ease of reference.
The above discrepancies in the names of the candidate makes his case exactly the same as that of DEGI EREMIENYO which led to the disqualification of David Lyon by the Supreme Court in the case of PDP & 2 ORS v. DEGI – EREMIENYO & 3 ORS, where the victory of Deputy Governor – Elect. Senator Degi – Ereminyo used different names in all his educational certificates and affidavits submitted to !NEC.

“This same position was established earlier by the Supreme Court A the case of ESENOWO v. UKPONG [19991 6 NWLR PT.608, where the issue bothered on the arrangement of the Appellant’s 10100 20 ‘El. Esenowo’ as opposed to ‘Esenowo, IE.’, the Supreme Court aptly held that both names connote different individuals and emphasized great importance for one to always insert names correctly in professional matters.”

US must prosecute Atiku Abubakar over corruption charges

NASS 2023: I will impact positively on the lives of my people, says Edo State first female Speaker

NASS 2023: I will impact positively on the lives of my people, says Edo State first female Speaker