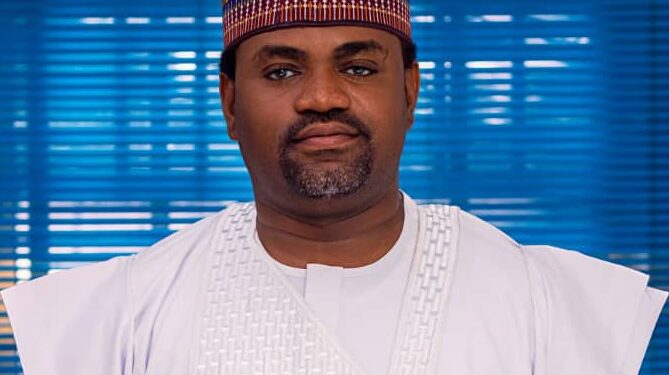 The senatorial candidate seeking to represent Edo Central senatorial district at the senate, Mr Okoduwa Akhigbe, has expressed optimism at the conduct of the Independent National Electoral Commission(INEC) and noted that the new electoral act is a test of the will and capacity to bring about positive change.

Akhigbe, a United Kingdom trained Development Economist, who is running under the platform of the New Nigeria Peoples Party(NNPP), is seeking to replace the incumbent Senator Clifford Ordia of the Peoples Democratic Party(PDP).

He said he is running under the NNPP platform regardless of criticism against the party that it lacks political structure, adding that the real structure lies in the hearts and minds of the people.

He, however, called on the people of Edo Central Senatorial District to de-emphasize party politics and vote in candidates that can deliver democratic dividends.

According to Akhigbe, “The motivation to run basically is a desire to render selfless service, selfless service that will guarantee positive change towards development of Edo Central.

“When I talk about positive change it is a desire to change the status quo. I think one of the banes of our society is building strong people, a strong party without strong masses. My party is new and is coming with a strong vision, something entirely new from what has been.

“Yes, people talk about structure to deliver electoral success, these structures are in the hearts and minds of our people because our people can see and it is evidently clear that things are not going well.

“Are we going to remain under the umbrella of a big structure and not look for a way to change how things are done for the better? So what I am trying to sell to the people is that you can be the change that we seek, a structure for a new vision which is beyond party politics, people who genuinely seek a better life and development for their community.

“You have to accept the fact that the will of the people is always greater than any kind of structure that has been.”

On INEC, the Akhigbe expressed optimism that the electoral body will live up to it responsibility of giving Nigerians free, fair and credible election.

“So far so good. We want to believe that INEC will be responsible which we can all see from all indications and thank God for the new electoral act. It will actually test the capacity of the people to have a positive change.”