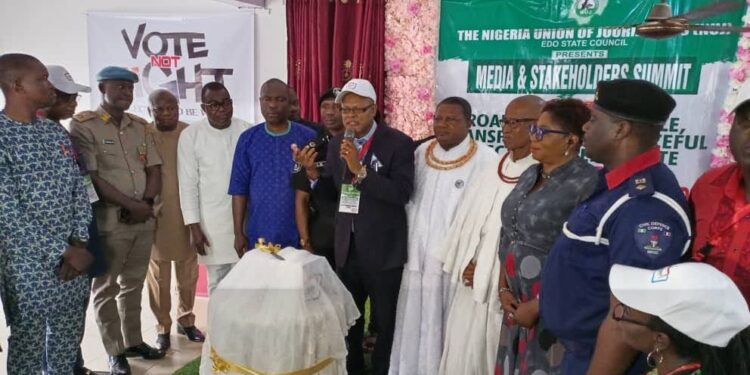 Independent National Electoral Commission (INEC) has given notice of its readiness to conduct a free, fair and credible poll in the 2023 general elections.

The Commission gave the notice at a one day Media and Stakeholders Summit held at the Nigeria Union of Journalists (NUJ) secretariat in Benin City on Monday.

Speaking at the occasion, Timidi Wariowei, INEC’s Head of Department, Voter Education and Publicity, disclosed that the Commission was duty bound and prepared to conduct a free, fair and credible general elections in 2023.

He asserted that the INEC in keeping with its mandate of conducting a credible poll went as far as creating additional polling units across the country. He stated that in Edo State 1892 of such new polling units were created to add to the 2657 polling units that were in existence initially thus bringing the total number of polling units to 4549.

Going further, he disclosed that 52,013 voters were captured in Edo State in the Continuous Voters Registration(CVR) exercise which was held between June 2021 and February 2022 out of which 32465 were retained after the process of Automated Biometric Identification System(ABIS) was carried out.

He stressed that those spotted as either doing double registration or tampering with the registration process must have been encouraged to do so by overzealous party officials, warning that by the new electoral law such individuals stand been prosecuted.

He warned journalists to adhere to the laid down guidelines of not announcing the results of the election before its official announcement by the Commission.

Earlier, Chairman of the Edo State Council of the NUJ, Comrade Festus Alenkhe, charged journalists to adhere to the guidelines of the INEC as it relates to coverage of elections and announcement of the results. He appealed to the law enforcement agencies and officials of the INEC to always be available to give reporters all the support that they need to carry out their jobs efficiently.

President of the NUJ, Comrade Chris Isiguzo, who was represented by Mrs. Bimbo Oyetunde, GM of the Benin Centre of Federal Radio Corporation of Nigeria(FRCN), gave kudos to the Edo Council of the Union for being the first to organise such a useful programme. He charged reporters to operate within the framework of the electoral law.

In his own submission, the State Commissioner of Police, Abutu Yaro, represented by ACP James Achu, warned those who may like to conduct themselves in a way contrary to what the constitution stipulates to be careful as the full weight of the law would be visited on them by the police.

Highlight of the programme attended by party officials, officials of security agencies, religious leaders, civil society organisations, members of the Nigeria Bar Association (NBA) and representatives of the Benin Palace among others, was the unveiling of NUJ Democracy Hotline TV which Comrade Alenkhe said is meant to give political office seekers an avenue to make known their mission and vision at no extra charge. 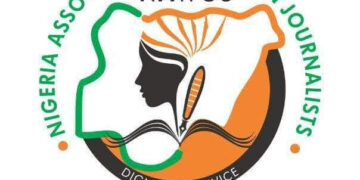 Edo State Chapter of the Nigerian Association of Women Journalists(NAWOJ) has organised a bye election to fill the vacant positions...