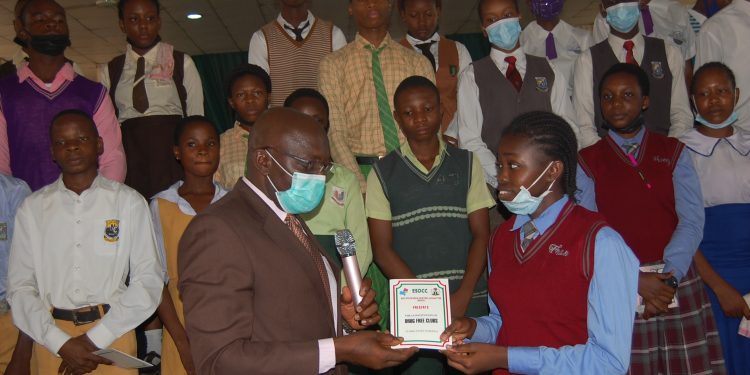 Edo First Lady, Mrs. Besty Obaseki, has urged parents and teachers to monitor the activities of students, as part of efforts to check drug abuse among school children.

Mrs. Obaseki, represented by the wife of state deputy governor, Mrs. Maryann Shaibu, said this at the inauguration of drugs free clubs in schools, urging students to abstain from abuse of drugs and focus on their studies to achieve their set goals.

She said the drugs free clubs in schools will assist in educating students and pupils on the dangers associated with drug addictions, noting, “Researchers believe that pupils and students start taking drugs as a result of peer pressure. Therefore, parents, teachers and guardians need to monitor their wards closely and show them love.

“The lack of emotional support and disorder in many families also make the children vulnerable and expose them to peers who have learnt all manner of vices from the streets.

“I urge you to completely abstain from drugs, which have been clearly identified and explained to you here by the National Drug Law Enforcement Agency (NDLEA). Take your studies seriously so that you can become great men and women in our society in future,” Mrs. Obaseki added.

She continued, “So from today; act wisely, be smart, think of the bright future ahead of you and resist any attempt by anyone to make you take drugs or become a drug trafficker. The consequences are too grave for your mental health.”

The governor’s wife commended members of Edo State Drug Control Committee for their efforts and urged them not to relent in taking the message to all the nooks and crannies of the state and to all schools.

The Chairman of the Edo Drug Control Committee and Permanent Secretary, Ministry of Health, Dr. Osamwonyi Irowa, said with the outcome of Governor Godwin Obaseki’s reforms in the education sector, children are being prepared to stand out and take their destiny in their own hands through state-funded quality education that is second to none in Africa.

He added that the state Drug Control Committee was set up in 2019, to sensitize the youths and the public against drug abuse and the dangers of drug abuse and its potential to destroy their lives.